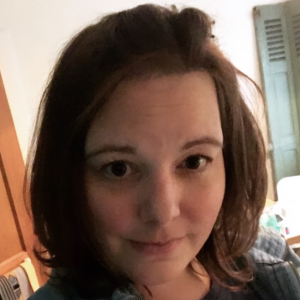 Published in the Huffington Post: Do we keep the connection in the automotive industry?

Cars will be thought differently in the future. Instead of a hardware-focused product, in the form of engine, transmission and car chassis, the new pioneers of automotive construction are now producing rolling computers. This allows them to anticipate future developments much better and adapt to changing customer requirements. This leads to an ongoing development of cars already sold. Tesla is probably one of the most innovative among manufacturers: Even if autonomous driving is not yet allowed and sufficiently mature, the hardware is available and can be purchased.

In the established car sales, this is different. A car is sold with the essential functions and updates are hardly possible. In contrast to the model Tesla, conventional cars hardly develop after assembly. The evaluation of cars will also change in the future. Currently, cars are used far less than 5 of their service life. This is, of course, not efficient and the shared use of cars is therefore more than likely in the future. Car2Go and DriveNow are just the beginning. In the meantime, many car manufacturers have understood this and are therefore no longer regarded as manufacturers, but as providers of mobility. Since many people will share the use of cars through different usage concepts, far fewer cars will be needed in the future. The utilization per car will therefore increase. Due to the introduction of autonomous driving, no driving licence is needed anymore. Children can be picked up from school by car without a driver.

Although the number of cars is decreasing, traffic will increase when people use cars shared, as additional journeys between users will require more kilometres in total. This means that in future the cars will cover a much larger number of kilometres and will be withdrawn from circulation more quickly. At some point, life cycles are expected that will come close to those of a smartphone. Through intelligent concepts such as pooling (the modern form of collective taxis), it will be possible to significantly reduce the absolute traffic volume and also the cost of the journeys. VW is working intensively with its subsidiary Moia on a pooling offer, which will probably premiere in Hamburg as early as 2018. First of all, of course, the cars are still equipped with a driver. But that will change in perspective.

What will trigger this change in Germany?

The leading manufacturers are now aware of the fact that they have to pull the lever and initiate radical changes very quickly through numerous studies on disruption. Lectures by the Daimler CIO have now been titled „Data are the new oil“. In the lectures it becomes clear that IT will be seen as an „enabler“ in the future and not just for support. So you buy a car, especially since it has the IT for autonomous driving, for example. With a normal evolutionary evolution, such a radical change will not be possible. As a rule, the place deer do not manage to survive a disruption. The development of Nokia through the establishment of smartphones shows this impressively. The consequences could be revered. About 30 of Germany’s GDP depends on car sales. There are still only pioneers like Tesla who are pretending how to think of a car, but with the comparatively small numbers of them, there is still no serious competition.

China is already the largest player in the field of electromobility. Thanks to the clear political will and substantial subsidies, most electric cars in the World Republic are now registered in the People’s Republic. Chinese cars do not yet have the quality of a German car in the beginning. However, as the technical requirements are shifting considerably and the special German engineering will play a minor role in the future, this gap could be quickly closed. In addition, Chinese manufacturers are increasingly buying in the know-how, as can be seen from Geely’s purchase of Volvo. The sports cars of the new Geely subsidiary Polestar are produced in China and all have an electric drive.

Apple and Google are working autonomous driving. Eventually, the IT companies take the designed vehicle out of their pockets and look for a vicarious agent who builds the comparatively trivial hardware (like Foxconn for Apple) and is thus completely cut off from the future value creation. If the German automotive industry has not yet made up for the failures, it could become tight and the German car manufacturers, and thus Germany, will miss the connection completely.

Even the former top official at GM, BMW, Chrysler and Ford Bob Lutz commented in a recent guest article in the US trade magazine Automotive News: „The car trade will work for the next 10, maybe 15 years, when the manufacturers of autonomous vehicles under their brand, and they are still on the road. (…) The era of man-driven cars, its repair shops, its dealers, the media that surrounds it will be over in 20 years’s time.“ Mobility, he believes, will initially be driven by fleets of standardized models from companies such as Uber, Lyft and other future carriers. Car dealers, he said, will continue to exist as a fringe store for customers who want personalized modules or buy reproductions of Ferraris or Formula 3 cars.

Can the disruptive change in Germany still be addressed?

Yes, but such a change takes a long time to take a bold crackdown. The structures at the German manufacturers are hierarchical and intertwined. There are a lot of jobs in their current form and not all workers will be able to retrain for the new tasks they need. Strong works councils are likely to put the protective hand over employees and make change difficult. At Siemens, we can currently see how difficult it is to restructure due to the changed general conditions in the power plant division. Shareholders will continue to look at the quarterly figures and be more short-term than long-term. It is to be hoped that all those involved are aware of the historical responsibility, but one can be sceptical.

Methods are currently being used to create long life cycles and little change. In the meantime, methods such as Scrum and Kanban are on everyone’s mouth. However, these methods are used consistently and consistently only little, because the structures and working methods currently used are partly diametrically opposed to the philosophies of agile methods. Management’s willingness to change itself and truly create a new leadership culture that enables profound change is likely to determine whether change succeeds.

The digital assistant for consulting purchasing.
© Copyright 2016-20. All rights reserved. 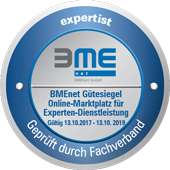